By Brayden Short August 12, 2020
Question:
Why is it best to credit donor designated contributions to Designated Fund Equity accounts rather than Income accounts, as you propose in your recent post? ("Debits and Credits for Designated Gifts")

The effect of posting designated gifts and disbursements to Income and Expense accounts which are closed into the General fund balance combines them with all other financial transactions thus zeroing out any remaining unexpended designated gift amounts.

Some ministries have avoided this by keeping a second set of records, which is unnecessary in our opinion. A charitable organization will naturally want to maintain its Designated Fund balances which will carry over from one year to the next when portions of the Designated Gifts have yet to be disbursed.

Despite the above simple approach, some ministries still wish to produce a Profit and Loss Statement for specific categories of Designated Fund activity. If a church is using QuickBooks, it can set up multiple Income Statements where each transaction can be associated with a specific Class. This enables a separate Profit and Loss Report to be available for the General Fund and for the desired Designated Fund activity. The total of all Classes ultimately gets closed into a single equity account on the balance sheet which itself must be separated for General Fund and Designated Fund components once the year-end is reached. 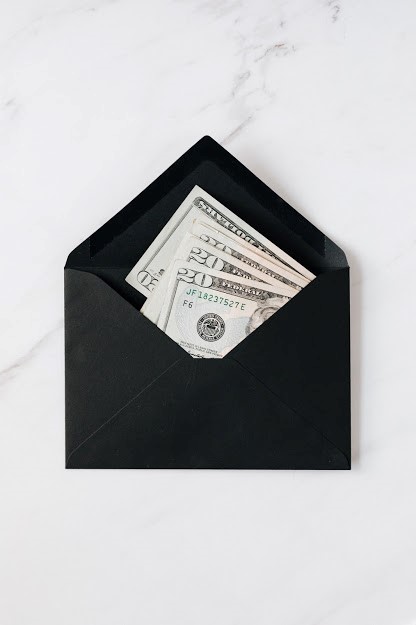 By Brayden Short November 25, 2020
Road to Gold , by Ben Peterson We are privileged to serve our client Ben Peterson and Camp of Champs, the wrestling ministry he founded   and directs. Ben wrestled for more than 16 years, coached on a collegiate level for 28  years, and has directed Camp of Champs for more than 40 years. We have read his autobiography and found Ben's dedication to the sport and his faith to be inspiring. If you are looking for a good story we highly recommend Ben's  Road to Gold. In Road to Gold , Ben shares the lessons he learned throughout his upbringing and how they led him to achieve Olympic victory. Ben states a key element of his youth was the consistency of his parents. He was encouraged to read the Bible every day from an early age, which he now describes as the most stabilizing habit in his life. Throughout his story Ben also emphasizes the importance of confidence, solid goals, hard work, and consistency. These qualities helped Ben throughout his life and wrestling career, from learni
Post a Comment
Read more

By Brayden Short January 19, 2021
Here at MinistryCPA, we recognize that many churches rely on volunteers and/or part-time treasurers and financial secretaries.  With this in mind, we seek to come alongside ministries in providing the much-needed support to ensure that they are operating in a manner that is both compliant with governing authorities and taking advantage of opportunities for improved stewardship of ministry and employer financial resources.  Please consider this brief checklist to determine if your ministry needs to look further into areas that could be classified as “We don’t know if we are compliant.” Please check all compliance requirements that are currently being met: File quarterly Form 941 or annual Form 944 with the IRS Issue Forms W-2 to all employees and File Forms W-2/ W-3 with SSA Ministerial Housing Allowance is only listed in box 14 of the Form W-2 – it is not included in box 1 Obtain Form W-9 from all individuals/businesses that are paid the cumulative total of $600 or more in the year f
Post a Comment
Read more