Can Form 4361 be filed after the deadline?

Is it possible to opt out of Social Security after the 2-year deadline?

Unlike other employees, a licensed or ordained minister has the option to opt out of Social Security and Medicare (FICA). If a minister wants to opt out they must file Form 4361 by the tax deadline including extension, in the second year in which they have received ministerial income of $400 or more. This election is final, and the minister cannot opt back into FICA taxes.

At MinistryCPA, we have received questions from ministers who have exceeded the two year deadline and desire to opt-out. There have been several court cases which provide guidance in answering this question. Some have argued that the minister was unaware of the deadline, had mistakenly believed they had filed a timely election, were given incorrect advice by an IRS employee, or their opposition to participate in Social Security and Medicare did not arise until after the 2-year deadline had passed. In each of these cases the courts have not allowed exception to the 2-year deadline.

The only exception that has been allowed is when a minister has 1) become ordained by another faith/denomination, 2) developed an opposition to Social Security benefits as a result of his new faith, and then 3) filed Form 4361 within 2 years of being ordained by that faith.

If you have any questions about Form 4361 or are looking to opt out yourself, please contact our office. 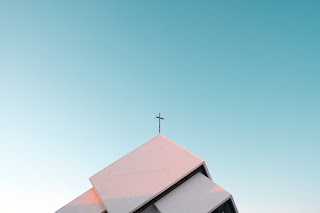 By Anonymous November 01, 2016
Question:   A new church filed for an employer identification number (EIN) recently. It received notification from the IRS about the EIN, stating that the church must file Form 944 by the following January deadline. The church has no non-ministerial staff members. Since income tax withholding is elective by ministers and none of the pastors has elected to request non-mandatory withholding is the church required to file Form 944 annually? Also, a quarterly Form 941 (rather than an annual Form 944) is required of some employers. Which IRS form, if any, should be filed? Answer: According to IRS Section 1402(c) and 3121(c), ministers are not subject to mandatory income tax withholding. Unless one or more ministerial employees request non-mandatory withholding, church employers with only ministerial employees do not need to file Form 941 or Form 944.  The IRS  Ministers Audit Technique Guide  explains in further detail a minister's treatments for social security, Medicare tax, Fed
Post a Comment
Read more

By Corey Pfaffe September 11, 2010
Question: A church owns a parsonage, but the pastor does not use it as he owns his own home. The church rents the parsonage to a tenant other than a minister or employee of the church. Will the church be responsible for paying income tax on these monies as Unrelated Business Income (filing a Form 990-T) even if the money is used to carry on the business of the church? Answer: Whether the money is used for church purposes is irrelevant.  IRS Publication 598  states: "If an exempt organization regularly carries on a trade or business not substantially related to its exempt purpose, except that it provides funds to carry out that purpose, the organization is subject to tax on its income from that unrelated trade or business." Fortunately, in the case of rental income from real property, such income is "excluded in computing unrelated business taxable income" (Publication 598). Caution: see content below regarding debt-financed property.  However, a second concern not a
Post a Comment
Read more