By Corey A. Pfaffe, CPA, PhD March 18, 2019
The relentless efforts of a Wisconsin family to pass judgment on the clergy housing allowance were again stalled by the 7th U.S. Circuit Court of Appeals in Chicago in a decision announced Friday, March 15, 2019. The Court reversed the decision of a lower court in Gaylor et al v. U.S. Treasury which ruled that the clergy housing allowance was unconstitutional.

Had the original decision stood, ministers in the states of Illinois, Indiana and Wisconsin would have lost the exemption from income taxation for church compensation designated to provide for clergy housing costs. As has been the case since the early days of social security, a clergy housing allowance remains subject to the 15.3 percent self-employment tax. We believe that the loss of the exemption to ministers within the 7th circuit would have quickly spread to all U.S. clergy.

As advisors to many ministers, MinistryCPA expressed concern not only with the financial and public policy attacks against religious ministries, but with the financial consequences to the families serving in them. Gleaned from materials we presented in two conferences held in the Midwest in 2018, the following financial challenges were averted by the 7th Circuit decision:
In 2013, Mrs. Anne Gaylor of the Madison, Wisconsin-based Freedom From Religion Foundation (FFRF) and her daughter and son-in-law, Annie Gaylor and Dan Barker, successfully convinced Judge Barbara Crabb of the United States District Court for the Western District of Wisconsin that the clergy housing allowance was unconstitutional. The 7th U.S. Circuit reversed that decision in 2014. Before Anne’s death in June 2015, she and her daughter and son-in-law again convinced Judge Crabb that their judgments were just. Her son, Ian, continued the fight on behalf of her estate.

In its news release on the day of the appellate court decision, the FFRF gave no indication whether the Gaylor family would attempt to take its fight beyond the 7th Circuit.

We are thankful for the result of the appellate decision and what it represents as a defense of religious ministries. 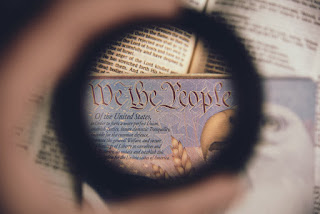 Debits and Credits for Designated Gifts

By Corey Pfaffe January 23, 2011
Question: A church is setting up QuickBooks for its accounting, but its personnel have little experience with fund accounting. What are the entries for the receipt and disbursement of designated gifts and the opening balances? Answer: We recommend that most churches that do not need to present financial statements in accordance with Generally Accepted Accounting Principles (GAAP) observe the following steps. Even those churches that do report using GAAP can employ these methods but must make some adjustments when preparing their financial statements. What we will demonstrate relates to what most churches call "designated gifts" (CPAs call these  Temporarily Restricted  gifts). These are gifts that donors contribute with the intention that the church will spend the funds as they direct. Most churches do not receive "endowment gifts" in which donors prohibit the expenditure of the core gift (CPAs call these  Permanently Restricted  gifts). Only earnings on the subsequ
12 comments
Read more

By Corey Pfaffe September 11, 2010
Question: A church owns a parsonage, but the pastor does not use it as he owns his own home. The church rents the parsonage to a tenant other than a minister or employee of the church. Will the church be responsible for paying income tax on these monies as Unrelated Business Income (filing a Form 990-T) even if the money is used to carry on the business of the church? Answer: Whether the money is used for church purposes is irrelevant.  IRS Publication 598  states: "If an exempt organization regularly carries on a trade or business not substantially related to its exempt purpose, except that it provides funds to carry out that purpose, the organization is subject to tax on its income from that unrelated trade or business." Fortunately, in the case of rental income from real property, such income is "excluded in computing unrelated business taxable income" (Publication 598). Caution: see content below regarding debt-financed property.  However, a second concern not a
Post a Comment
Read more